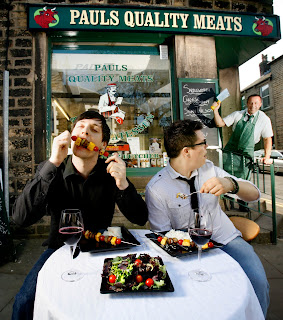 As National Vegetarian Week kicks off a well timed new study highlights processed meat as the culprit for ill health.

London Nutritionist Yvonne Bishop-Weston said today "This study was an analysis of other research called a meta-analysis, which, because of the nature of studies trying to prove an argument one way or the other, notoriously come out as you'd expect with average neutral findings. Also the study did not look at high blood pressure or cancer, which are also linked with high meat consumption. So it's interesting that although unprocessed meat escaped condemnation we are still left in no doubt no matter how you cook the books processed meat is bad for health"

"To lower risk of heart attacks and diabetes, people should consider which types of meats they are eating," said Renata Micha of the Harvard School of Public Health, the author of the study that appears in the journal 'Circulation'. "Processed meats such as bacon, salami, sausages, hot dogs and processed deli meats may be the most important to avoid," Micha said in a statement.


Based on her findings, she said people who eat one serving per week or less of processed meats have less of a risk.

She and colleagues did a systematic review of nearly 1,600 studies from around the world looking for evidence of a link between eating processed and unprocessed red meat and the risk of heart disease and diabetes.