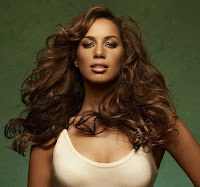 It's bizarre that that in this day and age with healthy vegan heroes such as Leona Lewis proving a vegan diet is not just viable but superior to the average diet, truly bizarre that a family was criticised for avoiding meat and dairy.

What on earth was going on in Lewisham where a family was threatened by social services and health professionals with having a child taken into care and denied legal aid for deciding not to feed their children Meat and Dairy.

The family weren't even vegetarian let alone vegan, they eat fish, to attack them for avoiding two groups of food that are consistently negatively implicated in studies about diabetes, heart disease, stroke, high blood pressure and some cancers is bordering on professional incompetance.

Meat and dairy is the staple diet in Croydon, we even have a Burger King selling Beef Burgers and Milkshakes in the foyer of Croydon's Mayday hospital, yet Croydon is labelled as the unhealthiest borough in London.

The children in Croydon are not getting more and more obese on too many fruit and vegetables - it's too much sugar, too much fried chicken and burgers, too many milkshakes and not enough vegetables that are making them sick coupled with not enough activities outside in the sunshine.

No prizes for guessing Annabel Karmel is not a qualified nutritionist or dietician - worrying that vegetables have too much fibre in them. No wonder so many kids grow up to be constipated and overweight when people like Ms Karmel are held up as children's food gurus.

There are laws against recommending fresh cows milk for babies - it doesn't have the right balance of nutrients and fats for humans. Take a look on the ingredient panel of baby formula and see the things that have to be added to make it a little more like human breast milk.