London's 2012 Olympic Stadium to be a Swamp

Innovative plans are to be unveiled later today to turn London's massive Olympic Stadium into an enormous algal swamp following the 2012 Olympics as part of a new nutrition, health and sustainability scheme. 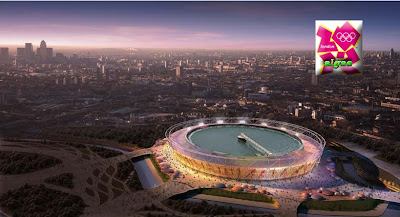 Following revelations of Gordon Brown's new proposed LOHAS LAW that will make it compulsory for for schools and hospitals to adopt a healthy and sustainable Meat free Monday, other secret plans to transform the NHS and save money have come to light.

Olympic Park Legacy Company chair Margaret Ford and chief executive Andrew Altman have apparently been left 'unimpressed' by West Ham Football club's bid for the Olympic stadium. "They'd have to be Manchester United to make it work and even then the sums don't add up on less than 2 games a week" revealed an aid.

More lucrative and viable negotiations have meanwhile taken place between two London based entrepreneurial functional food development companies and Algae specialists, Water4Life and Eau+, and government health ministers to transform the Olympic stadium in London's East End into a gigantic pond when the 2012 Olympics is over.

Health practitioners and particularly nutritionists are convinced that part of the reason for escalating preventable chronic diseases and ill health is a lack of these essential fats in our modern diet.

London Nutritionist Yvonne Bishop-Weston explains "Because meat is mass produced, with animals kept in unnatural conditions and fed an unnatural diet there is a widening discrepancy between the nutrients that are assumed to be in meat and actual modern levels. We are finding high levels of saturated fat and low levels of omega 3 fats in patients diets. Meanwhile studies are finding increasing levels of toxins in fish."

Plans are being discussed to produce millions of tons of omega 3 rich algae that can be distributed free to school children and hospital patients via seaweed and algae shakes, and added to bread, pasta and even ice cream.

Campaigners are hoping Sir Richard Branson will get involved as algae can also be used as a fuel and is said to be one of the options that Branson is considering to make Virgin Airways much more sustainable than competitor airlines.
algae epa dha essential fats Fish oil health hospitals London nhs nutrition olympics schools seaweed