Health messages 'has had little effect' 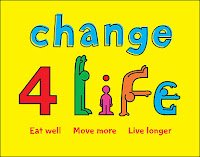 5 A Day Day in Croydon Campaign: Decade of spending on health messages 'has had little effect' - Health News, Health & Families


* Only 35 per cent of adults eat five portions of fruit and vegetables a day
* the figure for teenagers is 15 per cent
* children’s milk consumption has fallen
* fibre remains below the Government target
* people are eating half the recommended amount of oily fish
* average biodymass has increased, making 60 per cent of adults are overweight or obese
Richard Watts of Sustain, the alliance for better food and farming said: “After 10 years of largely small, weak or voluntary initiatives, like Change4Life, we have seen little improvement in the nation's diet.
“Where the government has introduced tough rules, such as improving school food, genuine progress has been made but unless we really challenge our 'obeseogenic' culture by doing things like introducing proper protections from junk food marketing, these worrying trends will continue.”
change4life health nhs nutrition sustain

Fat Bastardo said…
This is a matter of life and death. Every year over 1 million innocent Americans die as a result of medical blunders. Each year over 2 million Americans contract a hospital acquired infection and 70K will die.

Please visit my blog Medical Holocaust and pass it onto others. People are DYING!

US health care is is the leading cause of death and injury. Please help stop it.

I completely agree. Our focus (spending and actions) should be on preventive measures.

Teach people to eat right, teach people to exercise. Spend on making it harder to get access to junk food. Something drastically different need to be done to change our this horrific trend.