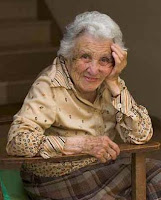 At last! Someone looking to address the serious lack of funding into Altzheimers - let's hope as much as possible goes towards research into preventative measures and protecting the brain rather than just all gobbled up by drug companies looking for a silver bullet that doesn't exist.

'One in three people over 65 will die with dementia, the aim of this partnership with Bupa is to jointly seek new, beneficial initiatives for people with dementia and their carers.'

“Dementia research is seriously under-funded. Much more needs to be invested if we are to see the same advancements in dementia care and treatment as we have seen for cancer. By delaying the onset of dementia by just five years we could halve the number of deaths from the condition, saving 30,000 lives a year, but without progress in research the economic cost of the disease is likely to rise to £27 billion by 2018.”

More information on the £1.5m fund:


The closing date for applications is 28 February 2010. Grants would be awarded in line with guidelines issued by the Association of Medical Research Charities (AMRC).

The topics that may be considered for funding in the areas of cause, cure, care and prevention include:

For details on how to apply go to: www.bupafoundation.co.uk or www.alzheimers.org.uk/research