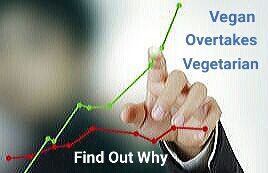 This January saw a vegan phenomenon as over 20,000 people signed up to veganuary the campaign to encourage people to try vegan diets.

Whilst VegfestUK continues to see record numbers of visitors to VegfestUK events ( over 10,000 to Brighton centre and London Olympia ) with an impressive number of visitors to the very first vegfest in Scotland at the SECC in Glasgow there still remains a dilemma.

The statistics are back for vegfestUK Glasgow and whilst the overall numbers were impressive  disappointingly only 8% were meat eaters.

Campaigners are quick to point out that simply replacing meat with cheese will not make the world a healthier more sustainable more ethical place so it's important to persuade vegetarians to go vegan.

However if many more meat eaters don't quickly switch onto a wholefood plant based diet chronic health diseases will continue to rise the planet is in dire jeopardy we will run out of water and there is not enough land to waste food feeding it to farm animals instead of feeding it more efficiently to people.

VegfestUK shows films like this and other films duch as Cowspiracy but how are they going to attract more meat eaters to visit vegfestUK events?

Preaching to the converted won't change the world and the world needs to change fast, we are running out of time.


The polls are conclusive. When meat eaters do come to VegfestUK they  overwhelmed by the extensive choice of amazing vegan dairy free plant based foods and run out of excuses to delay going vegan

So help is needed , how do we entice more meat eaters to vegfest ?

#HalfYourPlate trended today on twitter as the Canadian Cancer Society promoted the notion of filling at least half your plate with  fruit and vegetables. 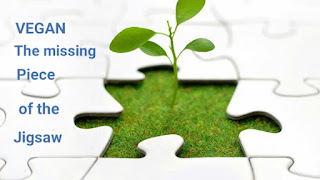 BRITS SAY CHIPS BUT NO PEAS PLEASE, SURVEY REVEALS : A survey by the Health Food Manufacturers Association has revealed only 14% of UK adults eat the recommended 5 fruit and vegetables per day and most people (66%) mistakenly believe potatoes can count as one portion towards the daily count of five fruit and veg per day. Nutritionist, London , Yvonne Bishop-Weston from London Nutritionists Foods for Life says " The 5 a day figure is already artificially low to appear more achievable. The actual consumption to attain optimal health should be more like 3 fruit and 5 vegetables per day. Healthy eaters should also aim for a variety of colours" The survey also revealed that it's no longer an apple thought to keeps the Doctor away. It's bananas that now appear to be the nation's favourite fruit. Here's the top ten of UK fruit and vegetables. " HFMA Healthy Nation 2008 – The Nation’s Favourite Fruit and Vegetables The UK’s top 10 favourite fresh fruit: 1.

Anorexia chic returns to the catwalk as Size Zero models return - mirror.co.uk : "I FIND it shocking the fashion world has gone back to this look. Super-skinny models today look pale and ­emaciated as if they should be in a ­hospital ward." Says Yvonne Bishop-Weston Nutritionist London in The Sunday Mirror today Read more: http://www.mirror.co.uk/news/top-stories/2011/02/27/harley-street-nutritionist-yvonne-bishop-weston-gives-her-expert-opinion-on-the-new-waif-models-115875-22951407/#ixzz1FA3wuLgp The biggest risk is to young girls, it fuels their weight obsessions adding to their delusions that this is 'normal' and healthy The designers that choose these girls and encourage this look may just as well be putting up alcoholics swigging from a bottle of vodka or heroin addicts smoking crack up their on the catwalks - it's totally irresponsible!. Yvonne says"I see recovering anorexic girls in my Harley street clinic and it's a nasty,

Top 10 Dairy Free Vegan Cheeses for Christmas Yep, it's true,  even vegans, those with lactose and dairy allergies and food in-tolerances or those who avoid dairy for ethical or other health reasons can enjoy a cheesey Christmas. Here's a list of our top 10 favourite Christmas dairy free vegan cheeses Vegusto Piquant Dairy Free Cheese Swiss dairy free vegan cheese to smile for A delicious, award winning Gruyere-like, good mature cheddar alternative that could rightfully take it's place on any cheeseboard in any restaurant without having to provide a warning with a wag of the finger introducing it as "The Vegan Cheese". Awesome with home made chutneys or pickle. Available online or from selected (selective) natural health food stores. Free from palm oil, wheat and soya. Made with nut butters. V Bites Blue Cheezly This used to be a deliciously creamy French blue cheese, almost like a mild Bleu d'Auvergne but recent batches have had a light